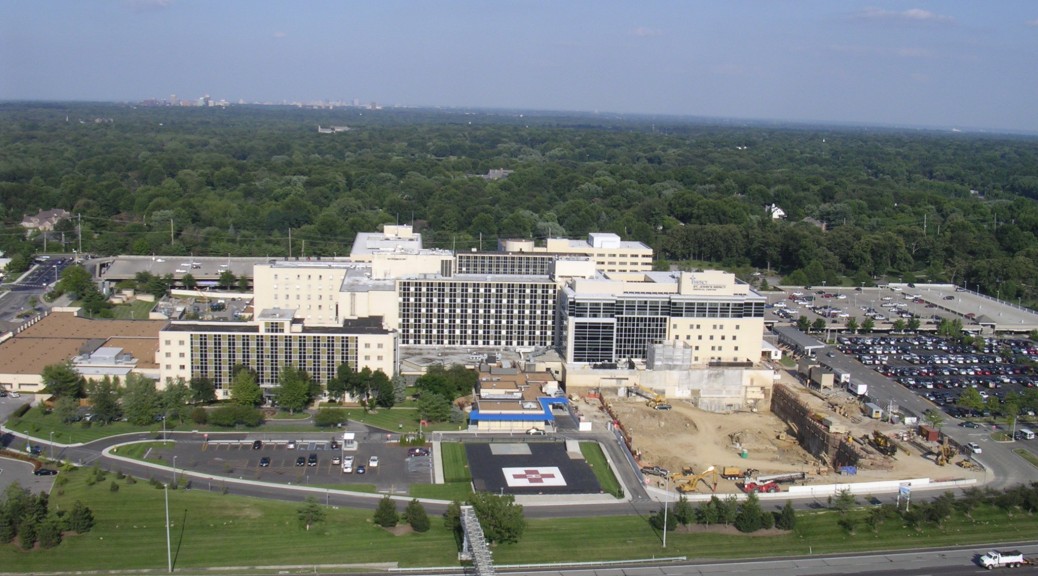 This project consisted of a new 330,000 sq. ft. patient tower located on the main campus with pediatrics, NICU, PICU and women’s health spaces.  A new main entrance to the hospital was also incorporated into this addition.

The mechanical system consisted of 100% outside air units with energy recovery wheels and utilizes multiple fan arrays.  All supply and return air systems were manifold together allowing the units to be serviced while still maintaining air flow to the patient areas.

The project was completed on schedule in 24 months with the use of prefabricated medical headwalls, zone valve boxes and modular pipe racks as well as prefabricated ductwork and plenums.

RHMC was brought in at the 50% design development level on a design-assist basis to work with the Heideman Associates team to help resolve any construction or budget issues associated with the project. 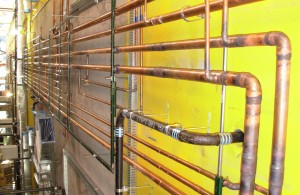 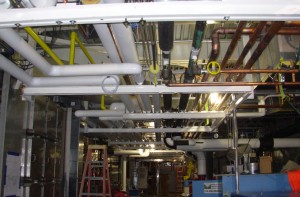 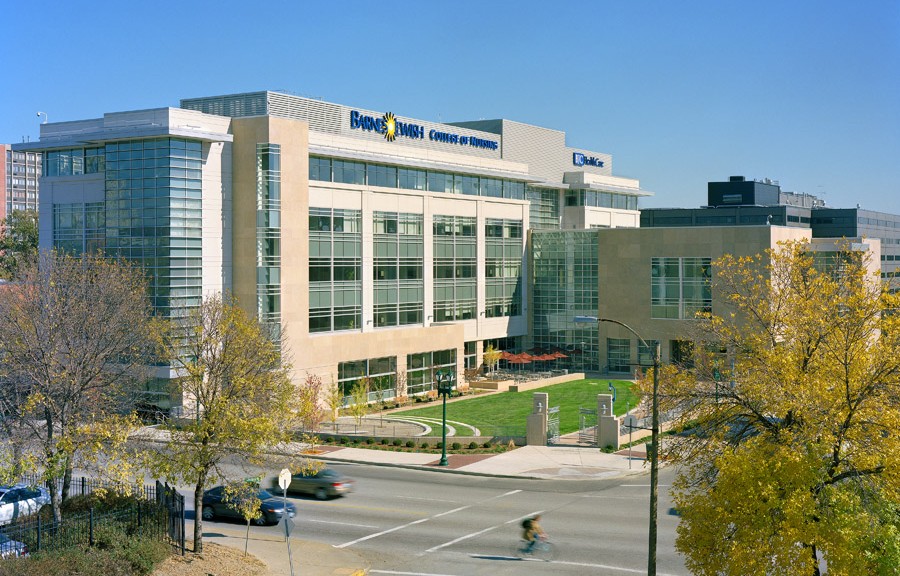 This was a 4-year multi-phase project which included a complete gut renovation of multiple floors of an existing, fully functional hospital. RHMC upgraded all mechanical systems, medical gas systems, and control systems.

Due to the fact that this was an existing facility built in the early 70’s, plenum space was at a premium. This created many challenges for installation of the extensive duct and pipe systems required for this type of facility.

RHMC lead a very exhaustive coordination effort trying to fit all MEP systems into this space like a puzzle. 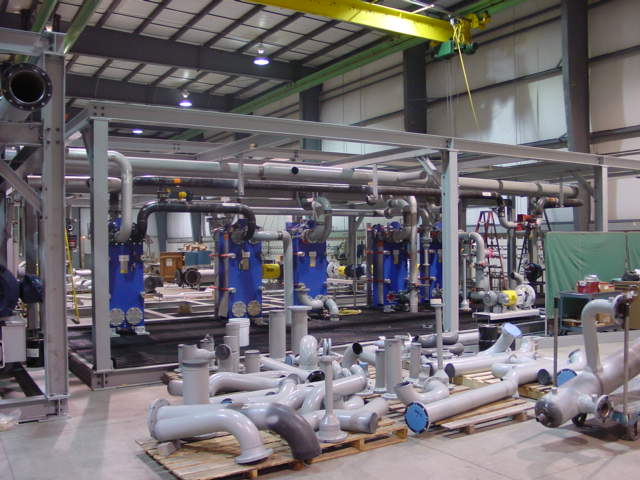 Rock Hill Mechanical Corporation has fabricated many large Equipment Modules, Pipe Racks, and Pipe Spools for several Ethanol Facilities across the Midwest. Many of these large Modules were made up of several smaller component modules. During the Ethanol boom, the General Contractor would typically be working on three to four new facilities a year. They usually had 5 large multiple component modules per facility. RHMC would receive a PO to complete 3 to 4 “R2” modules at a time, as well as 3 to 4 “R4″ modules. We would fabricate the piping, assemble the structural steel, install the equipment, paint and insulate the piping and equipment, and dry fit the modules. RHMC would also pre-wire the power wiring and controls wiring as required. Once the owner approved the dry fit, RHMC would dis-assemble, prep for shipping and shrink wrap the modules for shipping. The typical module component was of 45′ long x 12′-6” wide x 12′-6” tall and weighed an average of 40,000 to 50,000 lbs.

RHMC would store these modules at our fabrication facilities until the site was ready to accept them. 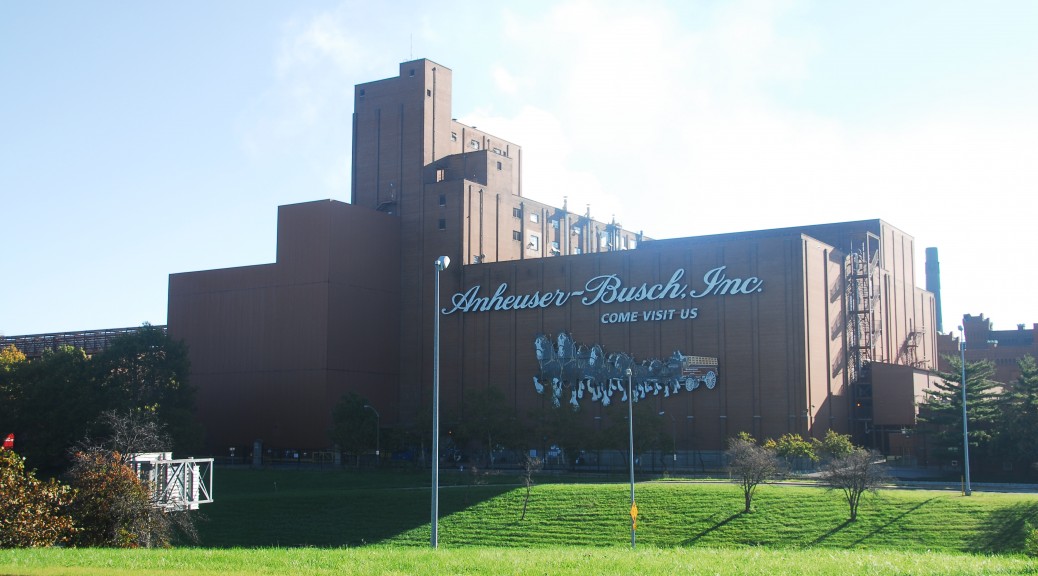 RHMC was subcontracted with Anheuser Busch and Enerfab to complete two separate projects.

Stock House 19, was a large mechanical and piping project that was completed in 9 months. This fast track project consisted of two shifts in the fabrication facility as well as three shifts in the field. There were many modules and pipe spools.

Stock House 20, consisted of 16 uni-tanks, uni-tank modules, and many auxiliary modules. RHMC was responsible for fabricating the modules and installing them. 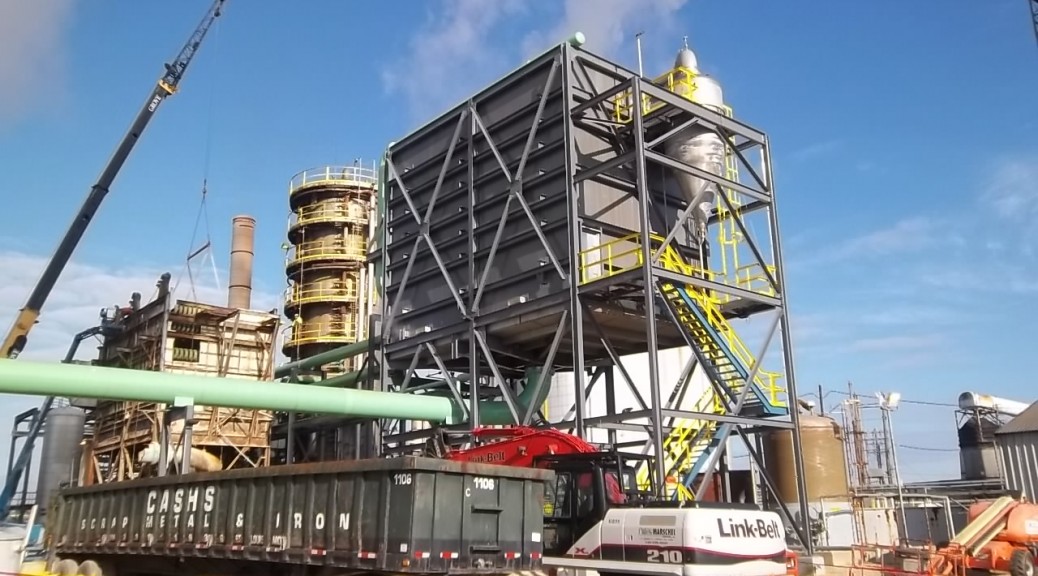 Rock Hill Mechanical Corporation was subcontracted to fabricate and install process piping for a process cooler. This project was originally designed as a stick-built project. The project mainly consisted of an ASME Vessel with field piping from the new vessel to the tie-in locations. The ASME “U” Stamped Vessel was fabricated from over 4,500 feet 304/L Stainless Steel Piping. This Vessel contains over 700 welds that were inspected by an ASME Authorized Inspector.

We set the two module sections that consisted of over 4,500 feet of pipe in two picks and field welded the structural steel member in 4 shifts.

Due to this being an ASME “U” Stamped Vessel, this project consisted of many quality control hold points as well as owner imposed requirements. Some of these were 100% Positive Material Identification. 100% MT/PT of the root weld as well as the final weld. In addition, 10% of all welds where radiographed on the project. Another requirement was that the wall thickness of the pipe has checking every 10 feet of pipe on the project.